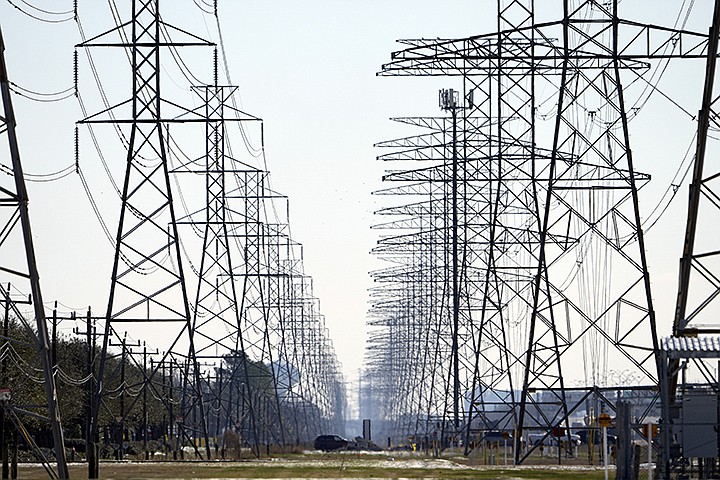 ABILENE, Texas — Donna Boatright lives alone now in the modest one-story house where her husband, Benny, froze to death. Each day, she lights a candle by his photograph. Before bed, she tells him good night.

A slim 60-year-old who worked at the inn on a nearby Air Force base and let his beard grow each winter, Benny Boatright died in his bed under layers of blankets, not long after a massive power failure plunged millions of Texans into the bitter cold and darkness in February. “I found him,” Donna Boatright, 73, said. Her own fingers were so frozen she had to be hospitalized.

Benny Boatright was among more than 200 people in Texas who died after the state’s power grid failed during one of the worst winter storms in state history. Homes turned frigid. Water systems stopped running. Emergency workers struggled just to communicate.

The depth of the catastrophe, which left 4.5 million customers without power and caused as much as $130 billion in economic damage, caught elected officials off guard and rattled the confidence of Texans, who questioned how the electricity grid could fail to meet the demands of consumers in the nation’s energy capital.

But 10 months later, the state’s energy grid remains vulnerable, and the ability to keep the lights on is a central political issue in the state. It is a particular weak spot for Gov. Greg Abbott, who is seeking reelection to a third term next year. His most prominent challenger, Beto O’Rourke, the former El Paso congressman and Democratic presidential candidate, has repeatedly attacked Abbott over his handling of the crisis.

Despite an early burst of activity after the storm — state officials fired, a flurry of legislation passed, new rules issued — many of the problems that pushed the Texas electrical grid to the brink of a total collapse still remain, according to interviews with two dozen industry experts, elected leaders and current and former state officials.

Companies that operate the natural gas systems that froze in February, cutting off supply to power plants, have not been required to better prepare their equipment for this winter. Measures have not been taken to reduce demand for heat, particularly in poorly insulated homes. And the incentives in the Texas market — which has prioritized cheap electricity over reliability — are still largely in place.

Local efforts have also been slow to get off the ground. In Abilene, where all three water treatment facilities were unable to function when the power went out, city officials saw a need for backup generators. But money has not yet been approved to pay for them.

Abbott, pointing to new regulations requiring the winterization of power plants and new leadership at the state’s electricity regulator, has struck the same tone of optimism as he did before the power failure.

“Here’s the deal,” Abbott said on Feb. 13, two days before millions lost electricity. “We do, as a state, have the ability to ensure that we do not run out of power.”

Abbott made a similar promise last month: “I can guarantee the lights will stay on.”

But for the coming winter at least, whether Texans endure another crisis may depend on the vagaries of the weather at a time when climate change has raised average temperatures — parts of the state are expecting record warmth for Christmas — but also made extreme events more common.

Many Texans have reassured themselves that February’s weather was a once-in-a-lifetime phenomenon. But the type of cold that crippled the grid may be less rare than generally assumed, said Texas state climatologist John Nielsen-Gammon. He cited several historical precedents, including brutal cold spells in 1989 and 1983, and a freeze in 1899 that formed ice on Galveston Bay, along the Gulf of Mexico.

And perhaps more significantly, the most extreme and unusual temperatures in February actually came after the grid had already failed, he said, meaning a lesser winter cold spell could still cause problems in the future. “The worst part of the event may have been rare, but that doesn’t really address the vulnerability,” Nielsen-Gammon said.

State officials and regulators defended their efforts and said the new rules would help this winter.

“Extreme weather events will be mitigated tremendously by our winterization requirements that are now in place,” and by operating the grid with “an abundance of caution,” said Peter Lake, the chair of the state’s Public Utility Commission, which regulates the energy market.

Lake was appointed by Abbott in April after a shake-up at the commission that followed the grid failure.

After the freeze, the governor also replaced the leadership at the Electric Reliability Council of Texas, which manages the state’s electricity market under the supervision of the utility commission. Abbott appointed as its chair a billionaire oilman, Paul Foster, who has given $250,000 to the governor’s reelection campaign.

It was the market manager, known as ERCOT, that had to shut off power to millions of Texans in the early morning of Feb. 15, when it became clear that demand had outstripped supply. Had it not done so, officials have said, the state’s entire grid would have collapsed.

Last month, ERCOT conducted a less-than-reassuring assessment looking at the strength of the grid going into the winter. The state’s grid would not be able to keep up with demand even under winter conditions less severe than what happened in February, the assessment found.

The ERCOT assessment caused concern among Texans. It also baffled observers because it did not include data from last winter, and it did not consider what would happen if future winter storms were worse than last February’s.

“You should at least plan for a winter as bad as the last one,” said Doug Lewin, an energy consultant. “And why do we assume that we could never have a winter worse than 2021?”

An analysis was conducted using February data, a spokesperson for ERCOT said, but the findings were not “accurate enough” to be included in its assessment.

But the biggest political fight in the wake of the power failure has been over the role of natural gas in the crisis. A federal report last month concluded that natural gas production failures because of the cold were a major factor behind the troubles in the Texas grid.

The oil and gas industry is a powerful player in Austin, and has long made donations to members of the Railroad Commission, a state agency that oversees that industry, and to Abbott. But it was a contribution after the power failures that drew particular outcry in Texas: a $1 million donation in June to Abbott from Kelcy Warren, a Dallas billionaire. Warren’s company, Energy Transfer, reaped $2.4 billion from price spikes during the grid failure.

In some cases, the natural gas plants were cut off from power because they were not registered by the state as “critical infrastructure.” The Legislature and regulators have tried to fix that.

But natural gas producers were not ordered to winterize immediately, pending a review of which ones are involved in electricity production. That review will not be completed until next year.

And they have been allowed to receive an exemption from being declared “critical infrastructure” — and therefore, having to winterize — by paying $150 and filing an application. Amid a public uproar, the Railroad Commission tightened the rules around exemptions this month.

“Are we any more reliable this winter than last winter? I would say yes, but only slightly,” said Rebecca Klein, a former chair of the state’s utility commission. “The real changes have yet to come.”

In Abilene, where the temperature has begun to dip below freezing at night, local officials said they had already revised their emergency plans. But they cautioned that they could only do so much on their own.

“The biggest concern I have is that it happens again,” said Vincent Cantu, the city’s emergency management coordinator.

Downing Bolls, the top executive in Taylor County, which includes Abilene, pointed to a decades-old emergency plan that advised rural residents to “make sure you could survive at home for a week or two” and have “some kind of emergency heating equipment” during severe winter weather.

He said local residents had not been clamoring for more spending on winter-weather preparedness. “People have just kind of pushed it behind them,” he said. “The people in general think their taxes are too high anyway.”

In her living room on a sunny December day, Donna Boatright held a picture of her husband, Benny, who grew up in the nearby town of Winters.

She recalled watching the snow come down, before the power went out. Nearly 15 inches would fall, a city record.

“The main thing I remember is Benny and I standing at the front door, looking at the snow falling,” she said. “We both loved the snow.”

This article originally appeared in The New York Times.