Goldman Sachs Is First Big U.S. Bank To Pull Out Of Russia – The New York Times

Business|Goldman Sachs is pulling out of Russia, becoming the first big U.S. bank to leave. 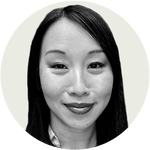 Goldman Sachs is leaving Russia, becoming the first big American bank to exit the country after Western governments imposed a raft of sanctions intended to cripple the Russian economy.

“Goldman Sachs is winding down its business in Russia in compliance with regulatory and licensing requirements,” Andrea Williams, a spokeswoman for the bank, said in an email. “We are focused on supporting our clients across the globe in managing or closing out pre-existing obligations in the market and ensuring the well-being of our people.”

The investment banking giant has about 80 employees in Russia and is arranging for the departures of those who have asked to leave, Ms. Williams said, confirming an earlier report by Bloomberg News. Some employees in Goldman’s legal and compliance divisions will remain in the country.

At the end of 2021, the New York bank had more than $700 million in exposure to Russia, linked to loans and financial products like stocks and bonds, according to a filing. Although Goldman has had a presence in Russia, its business there is a small slice of the bank’s global operations.

“None of us can fail to see this for what it is: the invasion of a sovereign state,” David M. Solomon, Goldman’s chief executive, said in a memo to the staff on Thursday. “Hundreds of thousands have been forced to flee their homes, Ukrainian cities have suffered massive destruction and already there has been tragic loss of life. I know that this remains an extremely daunting and difficult time for many of our people.”

American and Western banks have pulled back from direct dealings in Russia since 2014, when the United States imposed penalties after President Vladimir V. Putin’s annexation of Crimea.

Citigroup, which has about 3,000 employees in Russia, said on Wednesday that it would “assess our operations in the country.” Citi’s consumer division in Russia is running limited operations; the bank put the business up for sale as part of a broader exit from overseas markets announced last year. The bank had $9.8 billion of exposure to Russia at the end of 2021, including corporate and consumer loans and local government debt securities, according to a filing. It is working to reduce that exposure, finance chief Mark Mason told investors last week.

The latest economic punishments on Russia could have far-reaching indirect consequences because of the size of its economy and its international linkages. The country is a major exporter of raw materials like oil, natural gas and wheat.

Citigroup, the only U.S. bank with operations in Ukraine, had more than 200 workers in the country and was helping those who wanted to leave to cross the border into Poland, Jane Fraser, Citigroup’s chief executive, said last week.