Then And Now: Habitat For Humanity Is Building For The Future – Westword

Farhana and James Morales are enjoying afternoon tea at their quaint house filled with family photos at the top of a private drive in Golden. Tea is one of the few traditions that Farhana brought with her from the United Kingdom; they enjoy sitting outside, looking at the mountains and listening to the fall breeze rattle their wind chimes while their dogs, Paco and Gracie, run about beneath the porch.

Farhana never saw herself living in a lovely spot like this. “I always saw those as places other people lived, not me,” she says.

In 2006 Farhana was living in the basement of her in-laws’ house in Denver, going to school while taking care of her two children. One night she was watching TV with her toddler when Reba McEntire mentioned Habitat for Humanity in a Whirlpool commercial. After researching the organization, she thought she’d found the path to a better living situation.

Connie Curtis started as a family services coordinator and still volunteers with Habitat. “When I came in ’91, the affiliate was being run by volunteers,” she recalls. “It was actually quite astonishing all they accomplished.”

While Habitat for Humanity of Metro Denver has always focused on building homes for those who can’t afford them otherwise, largely through volunteer labor, it’s also done repair work on houses and started some spin-off ventures. In 2004, the metro Denver affiliate opened its first home-improvement thrift store, also known as a restore. By 2006, it had enough volunteers to build fifteen homes in a week. Over the years, it’s served over 1,500 families with renovations and new construction, providing them stable housing and helping them build wealth. The foreclosure rate has only been 2 percent.

Farhana, James and their five children in 2007.

To qualify for a Habitat home, an individual or family has to demonstrate a willingness to partner with Habitat, putting in at least twenty hours of sweat equity building houses, as well as spending time in home-buyer education classes. Today a Habitat applicant has to make below 80 percent of the area median income, have lived in the metro Denver area for at least six months, not currently own a home and have low debt as well. The applicant has to show the ability to make a down-payment, and then pay a mortgage that is about 30 percent of their monthly income.

Farhana applied and was accepted. Her house in was built in just fourteen days, and she worked all fourteen of those. After making a $5,000 down payment, the family moved into the Habitat house at 23421 East Saratoga Circle in Aurora in 2006. The house was a three-bedroom with a two-car garage; it had a small courtyard in the front and was on a cul-de-sac where the kids could play.

Although Farhana divorced her husband the year after they moved in, she and her children stayed in the home, and the kids attended schools in the Cherry Creek School District all the way through high school. While living in her Habitat house, Farhana got her bachelor’s degree in information technology and communication and her master’s degree in finance. Farhana’s current husband, James Morales, moved in, and together they renovated the house, turning it into a smart home.

Today Farhana works for Target in corporate responsibility and environmental, social and governance. With the kids out of school, she sold the Habitat house in 2022 for $500,000, a little under quadruple what she’d originally paid for it: $120,000.  She and Morales bought their house in Golden and moved there in February 2022.

Penny and John Madrid also saw their lives change because of Habitat house. In 1998, they were living with their young children in a cheap rental house in Dupont, right outside of Commerce City, that had no central heating, just a furnace that sat in the living room. They went through months with no hot water and weeks with no refrigerator.

Penny was working, driving an ice cream truck, when she drove past a Habitat build in Thornton one day. She asked a worker what was going on, and got a card for Habitat for Humanity of Metro Denver. By November, they’d been approved for a house.

The couple put in over 1,000 combined hours of sweat equity, put down a $1000 down-payment and in 1999 moved their family into a four-bedroom, two-bathroom house in Lakewood. Penny got a job as cafeteria manager at Dennison Elementary, a job she still loves, and they raised their five kids there. They’d fully paid off their mortgage by the time they sold the house for $343,000 in 2019, twenty years after moving in.

They loved the house, and sold it just because it was becoming too small. Many of their children are now having their own kids, and continue to live with  Penny and John; the family now runs its own moving company, Madrid’s moves. Ten people are currently living in the new, six-bedroom, four-bathroom house in Westminster they bought for $474,000. 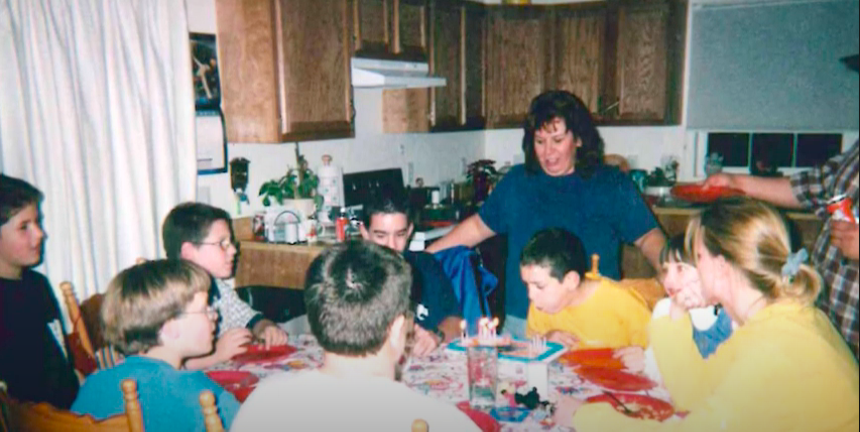 Penny Madrid in the Habitat for Humanity house.

Her children remember that Penny cried in the closed of the Habitat house before leaving for the last time.

Farhana is now on the board of Habitat for Humanity of Metro Denver; she hopes to soon join its committee on Diversity, Equity and Inclusion.

“It’s surreal, because I grew up in generational poverty,” she says. “The generation above my dad lost everything in India, so when my parents moved to the UK from India, we were poor. I knew that if I ever was to go off on my own, my parents couldn’t help me out and so as [I built] equity in this house I’m like, ‘Wow, I actually have something that I can give to my children.”